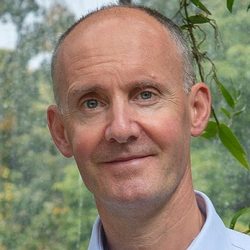 Richard started as Director of Royal Botanic Gardens, Kew in 2012. He has devoted his career to leading innovative and ambitious improvements to public engagement and education. At the BBC he spent 10 years in BBC News and ran the BBC News websites before revamping the BBC’s children’s channels with a mission to raise the quality and impact of programming. Since joining Kew, he has led the refresh of Kew’s strategy, bringing expertise from Kew’s global science into sharper focus and more actively engaging the public with contemporary science and conservation in Kew’s beautiful historic gardens. He is a passionate advocate for the power of plants and fungi to help solve the critical challenges facing humanity in the 21st Century. He is also an official Champion for Food Forever, a global initiative that aims to secure biodiversity for the benefit of food security around the world.