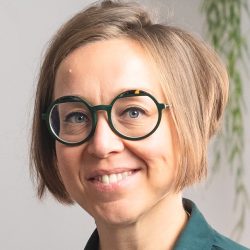 Judith (1980) is a freelance designer living in the south of France, with a focus on interior design, travel, color, and plants. With Igor Josifovic, she is the co-author of the bestselling book Urban Jungle (Callwey Verlag, 2016) and Plant Tribe (Abrams Books, 2020) and co-founder of the Urban Jungle Bloggers community. Read more about Judith on her blog JOELIX.com or find her on Instagram @joelixjoelix

Urban Jungle Bloggers™ started in 2013 when friends Igor and Judith met over coffee in Paris chatting about their favorite blog topics, like interiors, travels and greens. They soon realised that they share a common love for houseplants and decided to turn this into a monthly blog series on our own blogs. They called it Urban Jungle Bloggers. From the first month, their blog readers loved it and fellow bloggers asked to join in and in the next months, dozens of bloggers joined and a global community of plant lovers was born.

Knowledge was shared, inspiring DIY’s were featured, styling tips exchanged. New blogposts were gathered on the Urban Jungle Bloggers website and via Facebook, Pinterest and Twitter. The community kept growing and the #urbanjunglebloggers hashtag on Instagram quickly became one of the most popular houseplant-related hashtags. In January 2016, Igor and Judith started a new project: our first book called Urban Jungle, Living and Styling with Plants. They decided to document the process and highlights from their green community via their new @urbanjungleblog account on Instagram. Twice a day they share the most inspiring photos or videos tagged with #urbanjunglebloggers. In September 2016 they launched the new book in both English and German. It sold out in a week and is currently in its 13th edition and has been translated in other languages, like French, Dutch, Czech, Chinese, Russian, Korean, Swedish, Norwegian, Ukrainian, Croatian,  …

While meeting so many plant lovers from around the world, during talks, workshops, plant trips and conferences, Igor and Judith couldn’t help but notice that plants also do so much for us. Not only do they make our homes look good, houseplants also help to feel better, be more present and develop different skills. This is where the idea of their second book sprouted: Plant Tribe, Living Happily Ever After with Plants that appeared at Abrams Books New York in 2020 and was translated in multiple languages as well.

Urban Jungle Bloggers unites the largest global community of plant & interior loving people with a overall audience of 2 million followers. They have worked with brands like IKEA, H&M Home, West Elm, Urban Outfitters, Pinterest, Zalando, USM Haller, as well as many smaller brands and talented artists in sharing how living with plants can enhance our lives.